Home » How Does an Air Compressor Work – All You Must Know

How Does an Air Compressor Work – All You Must Know 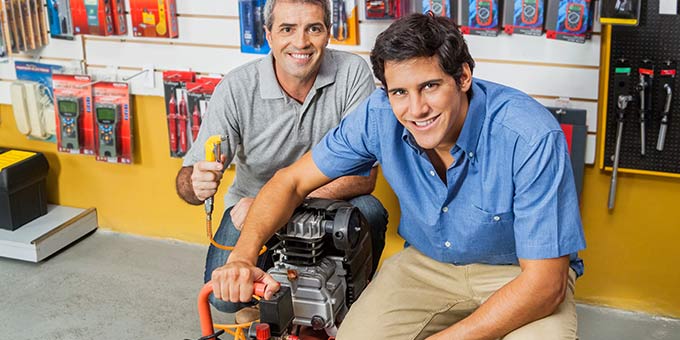 Air compressors work in a simple way: the air is stored under pressure, and when it’s needed, it’s released like a balloon would.

The atmospheric air inside an air compressor creates potential energy, which is always inside the tank. Once you need it, the potential energy converts into usable energy.

Read on, and find out all you need to know about how an air compressor works, including its inner functioning and the different types of compressors you might encounter.

The Basics of Air Compressors

If you ask the question ‘how does an air compressor work,’ it probably means that you want to know more about compressed air, the types of compressors, and much more. However, you first need to understand the basics.

When you see an air compressor working, it’s because it’s functioning through two methods of air displacement. To get compressed air, the inner parts of the machine move the air, which then becomes pressurized air and it’s stored until it’s used.

Most of these machines are positive displacement compressors, which means they work in a very specific way. The air moves to a compression chamber that opens and closes, and the process keeps occurring until the structure gets compressed air. Once that happens, it moves to a storage tank and stays there, waiting to be used.

A piston air compressor, a rotary-screw one, and a scroll-type compressor all use positive displacement to function.

The process is slightly different when air compression occurs due to negative displacement. In this case, the air compressor uses rotating blades to build the air pressure. Thus, the blades’ motion works to ensure the process occurs.

Unlike most piston compressors and rotary-screw air compressors, the ones that work through nonpositive displacement are often inside big commercial or industrial machines that need constant pressure and large volume flow rates.

What Drives the Air Pressure?

Air compressors often function with direct-drive or belt-drive systems, which are very different from one another. In each case, the electric motor works differently, which is why understanding their characteristics is so important.

On this occasion, the belt turns when the motor does, which activates the system. When you look at each specific type of air compressor, you might notice that it’s the most common feature because it’s immensely accessible.

Since the machine can adjust the belts depending on the air demands, belt-drive systems are very frequently what drive most air compressors you might encounter.

Even though belts are very common among different air compressors, in a system that uses a direct drive, the motor attaches directly to the crankshaft. Therefore, it allows very few maintenance requirements, which makes it ideal for small designs.

In some cases, air compressors use a direct-drive system because it’s convenient for small models. At the same time, they are not as versatile as compressors using a belt-drive system, but they don’t use a storage tank before providing the pressurized air, which means they can be much more efficient on occasion.

The Mechanics of Compressed Air

An air compressor works due to very specific mechanics, and you must understand them if you want to know all the details about its functionality.

The first factor you must keep in mind is that there are different types of air compressors. Consequently, each of them works differently. Even so, all of them need an electric motor, a pump that’s in charge of the compressed air, an inlet/outlet feature to let the air in and out, and a tank (although not in all cases).

When air compressors begin to work, they draw air and their internal components reduce their volume creating a vacuum, which drives the pressure up when it enters the tank. Then, the duty cycle comes to an end and the compressor shuts off, dropping the pressure again. A positive displacement air compressor completes this process using three different parts: scrolls, screws, and pistons.

A reciprocating air compressor (also known for its pistons) can compress air by working very similarly to how a car would. The rod of the crankshaft raises the piston inside the cylinder, which moves air into the chamber and increases pressure.

After that occurs, the crankshaft closes the piston, moves the air into the tank, and then the piston opens to let more air volume in. Additionally, the full compression cycle occurs in one or two stages, and they are the following:

In this case, the air compressors work by compressing the air in just one stroke. Thus, the crankshaft rotates completely and drives the piston to a full motion.

Although most piston compressors can complete single-stage functioning with just one piston, some newer models have multiple ones to divide the job and work at lower RPMs and decibels.

When the air compressors go through two-stage functioning, the machine uses the piston to compress the air in the first stroke. Then, it moves the air to a second piston, which doubles the air pressure inside the tank.

Many people know about piston air compressors because they are remarkably loud. Since the internal components rub together and create friction, when they’re working, you might hear some noise. Nonetheless, due to advances in technology, now even a single-stage air compressor can compress air using up to four pistons.

Every time an air compressor uses several pistons, they divide the work. Consequently, they can be quieter, but they also have a longer lifespan, which is an added benefit.

Sometimes, compressors don’t use pistons. Instead, they squeeze the air between two screws that never touch. Those are called rotary-screw compressors, and they require little maintenance and don’t make much noise.

This type of air compressor is ideal for heavy-duty uses, especially if you require a lot of power during an extended period of time. A rotary-screw air compressor is also a good idea for people who want to reduce maintenance costs and noise because their design is oil-free and doesn’t have many moving parts.

The last type of compressor that functions with positive displacement is the scroll compressor, which is actually similar to rotary compressors.

While oil-lubricated air compressors work with specific gears to ensure they compress the air and store it in an air storage tank, oil-free compressors like this type only need two metal parts to move together without touching to create a vacuum.

To function, scroll compressors have two spiral-shaped pieces that are constantly working together, and they compress all incoming air. One piece is fixed without moving, while the second one is constantly rotating in a tight circular motion.

Other Characteristics of Air Compressors

Air compressors work due to a number of pieces working together. Thus, they have different characteristics that you must understand if you want to know the details of how they function, for example, the following features:

Just like a car, many air compressors require oil to run. The types of compressors that use oil rely on it to reduce both the friction and the wear when their parts move.

However, there are also oil-free compressors, which use chemicals or materials like Teflon to reduce friction. Unlike machines that use oil, their parts are constantly lubricated. Although they seem like a convenient option to use, they heat up faster, so they might not be the best alternative in all cases.

Even so, compressors that don’t use oil are always a top alternative for manufacturing industries that require clean air to make products. Some good examples of that include the dental, food, electronics, and beverage industries.

The two most important features to determine the air compressor power ratings are pressure and airflow volume. Professionals consider both things when they want to identify if the machine can handle specific applications.

Moreover, professionals can also consider airflow volume and pressure if they need to choose specific tools to use when they repair your compressor.

While pressure is the specific force the compressor applies to a determined area, airflow volume measures the rate at which the air can move through the machine.

As a general rule, air compressors have always been difficult to produce, which has caused them to be somewhat expensive.

Even though compressors are still complicated machines, new technologies have allowed them to be easier to make. Experts want to innovate the ability to produce and store pressurized air, which has been an essential part of the process of reducing the costs of an air compressor.

Air compressors work with pressurized air, which moves through the inside of the machine due to a very specific process. There are different types, and they use various methods to compress the air you get when you use it. Furthermore, understanding how they work lets you have more information on the matter and know the precise way in which they function. Finally, although they were initially very expensive and difficult to produce, new technologies have allowed costs to be lower.

Live in Chicago Illinois.
A contractor with10 years of experience.
Works with air compressors for various uses. 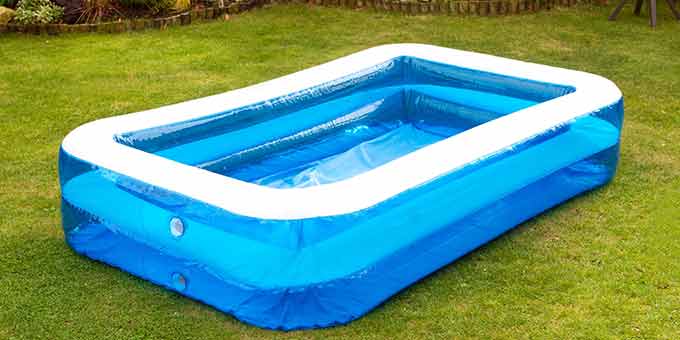 How to Inflate a Pool with an Air Compressor? 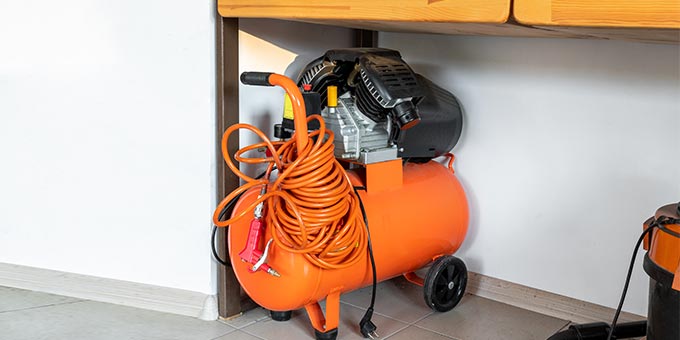 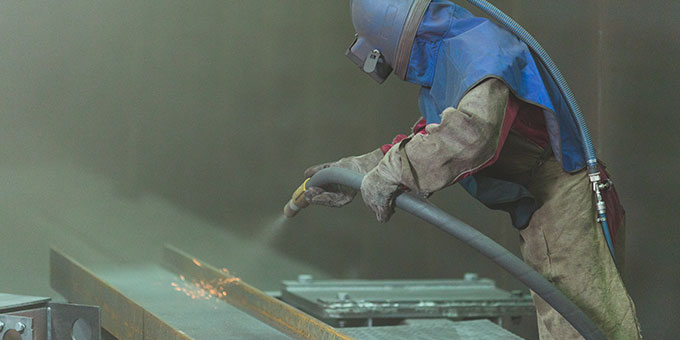 High-pressure Air Compressor: Everything You Need to Know 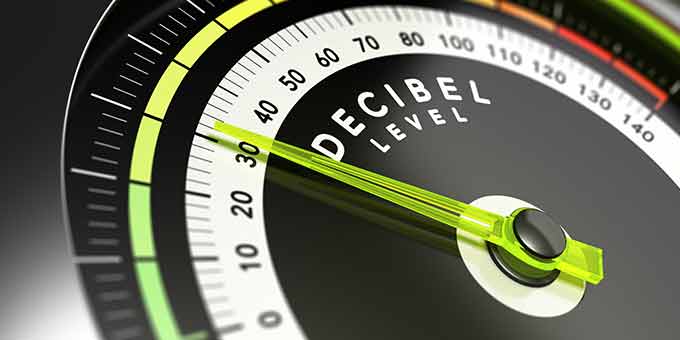 The Top Quiet Air Compressor Systems on the Market 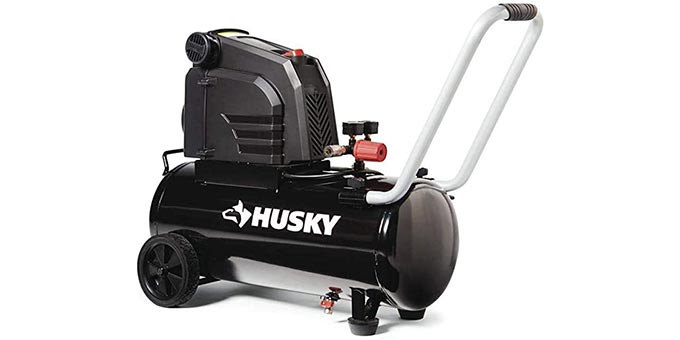 Husky Air Compressor: Is it Worth it? 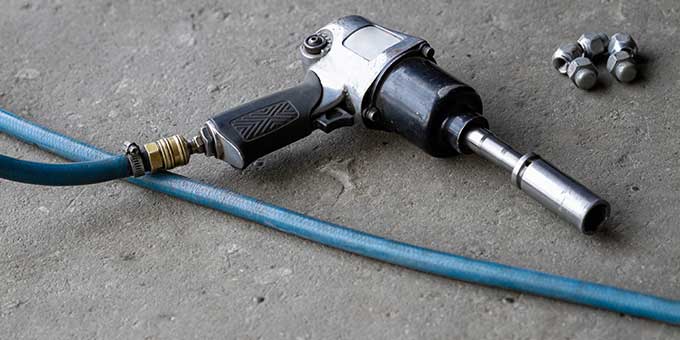 What Size Air Compressor Do I Need for Impact Wrench? The Step-by-step Guide

Learn How Does An Air Compressor Work

Did you see our favorites?